At present, most TV media are in A mode, although new media elements will also be added to program production, such as propaganda in the network of Taiwan, microblogging, WeChat interaction in the program, but the program is still dominated by television channels, new media copyright Selling for sale proceeds is still in the traditional sense of television media.

The TV media that maintains the continued development of the A model may change in two directions. First, it will become a television media centered on content production. It will rely on strong program-building capabilities to support viewership. The income comes mainly from television advertising and copyright sales of new media. With the leap forward in the â€œseparation of production and broadcastingâ€, more and more â€œplayersâ€ want to participate in the production of TV programs. TV outflow phenomenon has emerged, and whether the traditional TV media that are trapped by the system can retain quality program producers continues Maintaining program production advantages will be the biggest challenge faced by this model of television media; the other possibility is to become a single broadcasting platform. Apart from a small amount of self-produced programs, most of the broadcast content comes from outsourcing. The lack of competitiveness of such television media is bound to be eliminated by the market. Even if the broadcasting platform can be preserved under the protection of national policies, it will eventually become a market spectator who lacks the right to speak. 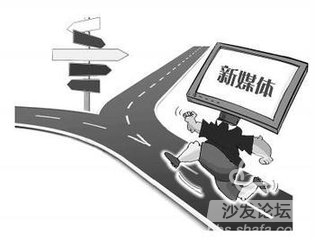 Commentary From the market situation, A model is still the choice of most television media, but it is not a good choice. Although TV media is an enterprise within the system, it will be protected by certain policies, but it cannot advance in the surging waves of new media. Mode A media lacking market competitiveness will inevitably be overwhelmed by historical floods. In order to keep pace with the times, it is bound to have a number of traditional TV media actively seek changes and transition to the whole media, but there will also be a certain number of TV media to remain silent in the A mode.

The B-mode TV media has gone further on the road to exploring new media. They are no longer satisfied with simply adding new media elements to the production of programs, or setting up a simple video website capable of broadcasting home-made programs. Locations involved in this area, and they chose to go alone.

The leader of Mode B is CCTV, and Hunan Satellite TV, which proposes the "Mango TV alone broadcast" strategy, is also the main force of this model. In the face of Hunan Satellite TV's "dynamic", there are no other provincial-level front-line satellites to follow up. The reason is very simple. This is an extremely difficult road. First of all, for traditional TV stations, they are involved in large-scale video sites, lack of technical platform support, bandwidth, servers and other equipment, and a large number of Internet professionals. These are not short-term and can be accomplished overnight; secondly, the Internet must obtain large-scale advertising. In order to have the lowest traffic requirements, video website traffic generally comes from TV dramas, movies, animations, and user-uploaded video-on-demand. This traffic requirement is not easily available for a single TV station that builds a video website based on its own content.

Commentary At present, only traditional TV stations with strong backgrounds such as CCTV CNV and Phoenix TV Phoenix rely on their own characteristics to gain a glimpse of the online video industry. Despite relying on powerful program advantages and blocking broadcasts, Hunan Satellite TV Mango TV has seized the opportunity in some sections. However, it is still unknown whether this can transform the habits of netizens into the long-term and accurate traffic flow of Mango TV. For other traditional TV media, it is not enough from the standpoint of economic strength, technical strength, or program strength. It is more difficult to walk on this road alone. From this point of view, B mode is still only applicable to a very small number of strong TV media. 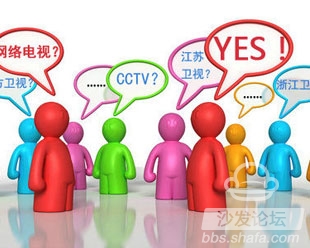 The C-mode TV media is also making efforts to transform itself and actively face the impact of new media on traditional TV media. However, unlike the independent development of the B-mode, they chose to embrace the Internet in depth.

The representative of the C model is undoubtedly a long time ago announced the depth of cooperation with the Alibaba digital entertainment group Dragon TV. In fact, SMG began to lay out new media very early, from the East Broadband to mobile TV, interactive TV and then to look at the news network, the establishment of BesTV, the acquisition of popular network, but still not enough to compete against commercial video sites. This cooperation is also a brand-new attempt of SMG. The two parties will achieve strategic cooperation in each other's fields, and jointly build a brand-new interactive system combining traditional media, the Internet, and mobile communication, and cooperate in content, the flagship of Tmall Dragon TV. The five major areas of cooperation are shops, technology and hardware development, and game development. 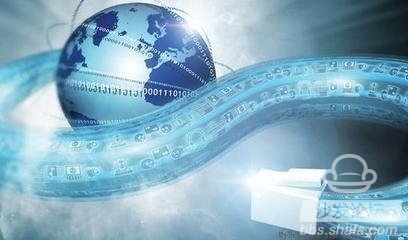 There is no D model on the market. However, cooperation between television and media is not uncommon in other areas. For the purpose of diluting the cost, TV series and joint star is the choice of most provincial TV stations; It is not uncommon; with the continuous development and expansion of first-line provincial TV, the second- and third-tier provincial TVs in the province have begun to seek joint efforts in the column broadcast. The parent-child puzzle challenge section of the Guizhou TV and the Qinghai Satellite TV broadcast â€œDaddy please. "Answer" kicked off the prelude of the joint broadcast of provincial TV programs. Tianjin Satellite Television and Yunnan Satellite Television also announced the joint broadcast of star reality experience reality show "Goddess Married."

Comment D mode has not yet appeared on the market, but can be expected, when the major TV media on the market have chosen mode B or C mode successful transition, the rest of the television media in order to better survive, but also bound to seek new development model For them, the D-mode should be a good choice, which should also be one of the best choices for most uncomfortable second- and third-level provincial TVs. Of course, the D model also has many problems, such as how to allocate investment, how to form a unified management, how to allocate future benefits, and so on, and it needs to further go through the market running-in and testing.

Hunan Satellite TV's â€œMango Solo Broadcasting Strategyâ€ blew the charge of traditional television media to the all-media transition. More and more television media will focus on new media business, but the trumpet sounds equally alert to the video website. The race to race against time has begun. Whether you choose to go forward alone or find suitable partners for common development, traditional TV media may face the most important choice in the development process. Regardless of which mode is chosen, TV media should promptly grasp the policies that are conducive to their own, further optimize the institutional mechanisms, concentrate on optimizing the content industry, and in-depth optimization and opening up, so as to find a new spring for the traditional TV media industry.


This content is copyrighted exclusively by SofaNet. Welcome manufacturers to further exchanges and cooperation with us to create more in-depth product reports. contact us


All in one solar street lights are one type of integrated Solar Street Lights, which has integrated LifePo4 lithium battery, monocrystalline solar panel, LED lamp and controller into one device.

1. It can be installed individually, no need excavate hole, burying lines, backfilling and saving construction cost.
2. There is no need to purchase power capacity increase device, to save cost of the relevant devices.
3. All in one solar powered street light can realize full-automatic control, no need personnel management, to save management cost.
4. It is powered by sunlight, not to consume conventional energy, to save operation cost.
5. It is easy to maintain, it wouldn`t have electric shock accident, very safe to use.


All in one solar street lights