The TV market used to be dominated by six foreign brands including Haier, Hisense, TCL, Skyworth, Changhong, and Konka, plus Samsung. Now that the barbaric period of growth led by manufacturing has passed, and the industry has entered the era of meager profits, the entire TV market is already a fully competitive Red Sea market. The annual sales volume is basically maintained at around 45 million units. 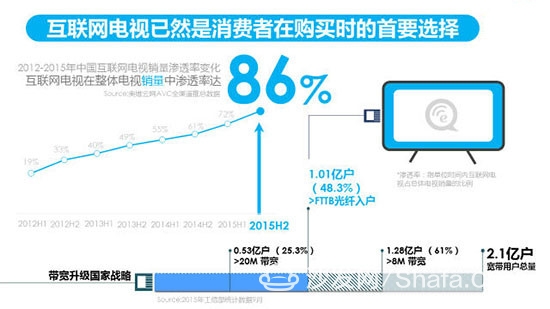 However, in the past one or two years, there have been a sudden influx of nearly 20 Internet-branded TVs, and the market has become even more â€œoverwhelmingâ€. In addition to LeTV and Xiaomi TV, there are nearly 20 TV dramas in the Internet TV ecology, including CANTV Super TV, Storm Super TV, Violet TV, Little Whale, and Eloyewei. The number is two times that of traditional TV makers. 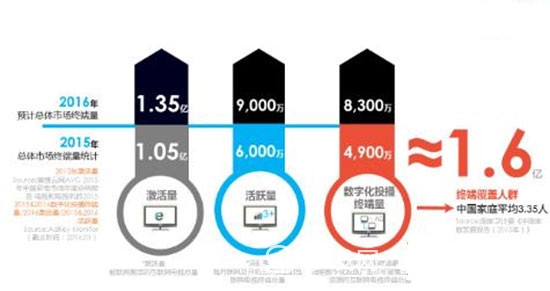 It can be said that the Internet TV brand, as an extremely active competitive force, has a clear game relationship with traditional old-fashioned color TV companies. This share of power cannot be ignored. The latest statistics show that in the spring of this year, a total of 7 Internet brands released 18 new color TV sets, and their market share increased to 10.3%, an increase of 3.3 percentage points year-on-year. Internet brands have become more and more influential in the traditional home appliance market and have surpassed foreign brands to become the second largest camp in color TV market. 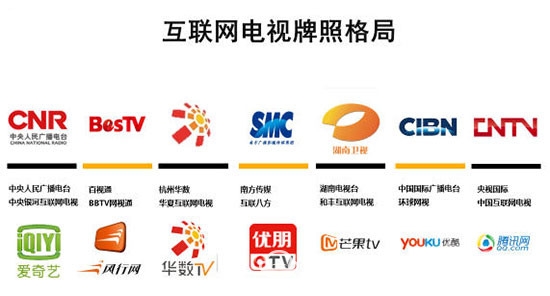 Looking at the Internet TV field, it can be roughly divided into three major systems: LeTV, which is known as the â€œclosed-loop ecologyâ€ and the storm that capitalizes on the belief that â€œcompetitors want to whip upâ€, seizes the capital of the user and uses Xiaomi as The representatives of the user system that pursues the ultimate product and admires the user experience are represented by CANTV and the wind acts on behalf of the broadcasting and TV department with the â€œnational team licenseâ€.

Capital Department: Represented by Letv and Storm, burning money is not a pleasure

In the burning of money by internet companies, sending red envelopes and sending discount coupons has long been nothing new. On April 14th, LeTV announced that it was free to send TV to its members; that is, a few days ago, Storm TV, as a â€œlater comerâ€, announced that it would puncture the low price of 40-inch TV by the end of May.

Hardware free? In order to win the eyeball! Cheap promotions? In order to clean up stocks, some traditional television manufacturers are skeptical in the face of such "first-rate" practices of Internet companies. They think that hardware is free, relying solely on pure content provision and single-content service profit. It is actually "wool is on the sheep." Most of the people who promote this model are emerging Internet companies. "Because they don't have hardware support, they don't have hardware. R & D capabilities, by OEM processing."

The industry analysts believe that the main reason for the decline in Internet TV prices is that major manufacturers have focused on ecology. In order to occupy end users, hardware does not make money or even lose money, use the power of capital to seize the user's hope to rely on content ecology to make money later.

It is understood that in March the storm through the capital acquisition of three companies such as straw bear film industry, the three companies only promised in 2016 net profit of 225 million yuan, the cumulative value of the net profit for the next three years promised to reach 1.2 billion; , LeTV, which has been suspended for five months, is about to announce a major asset restructuring. The core is to inject LeTV Industry into listed companies. Its purpose is still to use profits to provide sufficient capital â€œammunitionâ€ for the next hardware burning war.

In fact, whether it is LeTV or Storm, we must balance the contradiction between burning money and grabbing users. We must not only seize users and seize the market in a short time, but also control the financial pressure on hardware sales losses to use two companies. At present, with such a high level of confrontation, how long this model of â€œeconomizing the capital as a guideâ€ can last for a long time is a matter of serious questioning.

Still remember, when the Xiaomi mobile phone was born, the concept of â€œbecoming born for feverâ€ became deeply rooted in the Chinese market where the smart phone had just sprouted. In the past two years, it quickly captured the hearts of most of the low-end user groups. . The pursuit of the ultimate product concept, advocating the user experience, emphasizing the sense of user involvement in the marketing concept, but also to a certain extent, subvert the traditional enterprise in the product, marketing level awareness.

However, â€œthere are heroes out on the lakes and lakes, each leading the trend for three or five years.â€ According to the IDC Asia-Pacific Mobile Quarterly Tracking Report released by the market research company IDC, as of the end of the first quarter of this year, Huaweiâ€™s mobile phones had 16.6 million units shipped, 16.2% of the Market share accounted for the first place in the domestic smartphone shipments and market share in the first quarter; OPPO and VIVO ranked second and third, and Xiaomi fell to fifth place without entering the top 3 in the domestic market.

While Xiaomiâ€™s mobile phone was slightly declining, Xiaomiâ€™s entry into air purifiers, millet TVs, and other fields did not capture the same market position as Xiaomiâ€™s mobile phone. From last year's tearful battle between TV and LeTV, it's possible to take a closer look: Unlike LeTV's "closed-loop ecosystem of content," Xiaomi advocating "big league of content," is precisely its shortcomings in terms of content, and it is difficult to satisfy users' content. The king is just needed.
Xiaomi realized the importance of the sharp sword of content. Last year, he spent $1 billion to create content, consecutively staked the two most important video sites of Youku Potato and iQiyi, and in April announced that iQiyi became the only one of his own. Affiliate business partners. But judging from the recent market performance, compared with the â€œfireâ€ feeling in the era of smart phones, Xiaomi TV lacked a bit of fierceness.

Since its inception in December last year, popular TV has been the star of star models and cost-effectiveness in its product strategy. Since it has just started, it has been cultivating channels such as Gome and operators in the channel layout, which is a bit slow at the pace of competition.

In the same year, it was also known as CANTV that was born last year. Since its inception, it has been regarded as the â€œLicenseeâ€ vane of the Internet TV industry. It was held at the Beijing Star Base on April 21st, â€œCertainly Achieving Truth, 5 with Comparablenessâ€ 2016. In the CANTV Super TV series new product launch event, 5 Super TVs demonstrated the comprehensive technology background, product research and development capabilities, and resource integration service capabilities of the Global Terminals Smart Terminal based on â€œnational lineageâ€. The mainstream market represented by large-screen televisions in inches established the benchmark of the â€œSmart Living Room Centerâ€ type Internet TV industry product.

According to reports, the global brand Zhixia (CAN) brand with background origins and qualification guarantees of â€œnational mediaâ€, â€œradio-electronics systemâ€ and â€œlicensee partyâ€ has been implemented from the upstream license and content sources to the downstream business. CIBN has solidified a solid foundation for the entire industry chain of Internet TV, and has created an eco-environment that integrates licenses, content, channels, and terminals into a whole industrial chain. The business segments complement each other, interoperate and promote each other. 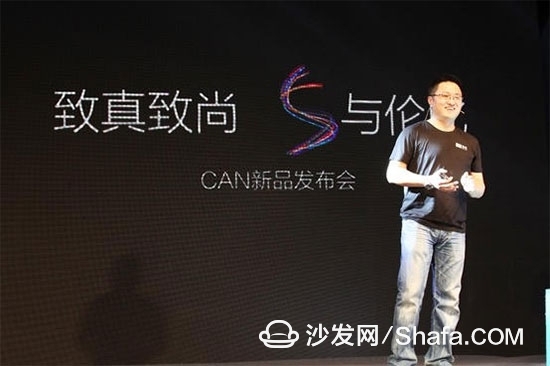 Industry analysts believe that with the "national team" license can be seen (CANTV), with high-quality and low-cost hardware products cut into the user, with high-quality content resources to serve users, users enjoy high-quality content at a lower cost, without using The issue of worrying that the content was taken down by the competent authorities, taking into account the needs of users' prices and experiences, has a strong market competitiveness. In the television field, "quality-oriented, content-based" is always the core demand of users, and CANTV will enhance differentiated competitiveness in the areas of special content such as shopping, games, and news. The derivative value of the user has enabled the entire ecology to achieve significant development.

According to the head of CANTV, Global Tactical plans to sell 1.5 million CANTV-branded smart TV terminals in 2016, thereby expanding 1.5 million users and expanding the number of users to 10 million by three years. At present, Global Zhida has created a complete system for aftermarket and logistics for CANTV.

Looking at the Internet TVs in 2016, the capital system represented by music, the user system represented by Xiaomi, and the broadcasting and television system represented by CANTV, the three system architectures were established, and their strengths and resources were varied. It is the capital, user experience, or radio and television natural policy advantages that should all be based on the premise that users can enjoy an acceptable smart TV application experience. When will the truly derived smart TV killer application be available? Which of the three series of companies will now stand out? let us wait and see.

Plastic Package Diode.Among the electronic components, a device having two electrodes allows only the current to flow in a single direction, and many uses apply its rectification function. The Varicap Diode is used as an electronic adjustable capacitor. Most of the diodes have a current directionality that we often call the "Rectifying" function. The most common function of a diode is to allow only current to pass in a single direction (referred to as forward bias) and block in the reverse direction (referred to as reverse bias). Therefore, the diode can be thought of as an electronic version of the check valve.