In your impression, what kind of group is engineering students? There is a meticulous logic and a rigorous attitude. However, the character is old-fashioned, not good at words, life is not trimmed, does not understand humor, and does not understand style.

Zhang Yi is such a "heterogeneous". Undergraduate study at Harbin Institute of Technology, once known as the "cradle of engineers", the world's top ten engineering colleges, is a student of engineering, learning material engineering, originally a professional dealing with the aerospace industry. . Zhang Yi joked that it is "the world's most cattle professional ironsmithing." 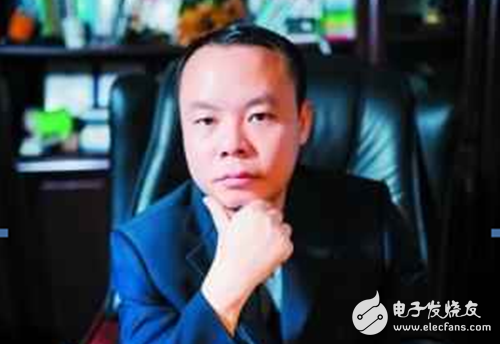 However, from the time of the university, he served as the head of the school press delegation, and after graduation, he entered the China.com website of Xinhua News Agency and became the first generation of network editors in China. He entered the flaming computer newspaper and engaged in media business; he became the CEO of China Ceramics Network. And later started his own business, first established Ai Media Consulting, the world's first third-party data brand focusing on mobile Internet; through the share reform, Ai Media gathered to build the first share of China Mobile Internet big data new media, and was selected as â€œGuangdong â€œThe top ten Internet innovation companies in the provinceâ€, Zhang Yi and the â€œarticle studentsâ€ in the traditional impression of people are getting farther and farther, but they have begun to occupy a place in the mobile Internet field.

In 1996, just two years away from China's full-featured access to the Internet, Zhang Yi was only a sophomore at Harbin Institute of Technology. He didn't know computers, and he didn't know what the Internet was. Like most of his classmates, his understanding of the "Internet" is just a "magic" word that suddenly appears frequently in various news reports.

The first contact with the Internet was due to an email. At that time, an Australian student student wanted to send an e-mail home and took him to accompany him. So, in the school's only communication station with a computer, he watched the classmate play a string of characters on the black machine, and sent the letter out after "sending". After a while, he received a reply from the family. This makes Zhang Yi, who often writes letters to high school students, excited. At that time, his letter was back and forth as fast as 14 days!

Zhang Yi was very excited to experience the efficient and convenient Internet. He has always been a fierce, and immediately registered a US.NET mailbox. Although the network was not popular at that time, few people used it around. The mailbox was not used for practical purposes after registration, but for him, it laid the seeds of "marriage" for the future dream of Internet entrepreneurship.

At that time, Zhang Yi, who was also the head of the student journalist delegation, was keen on news communication and was a small and famous talent. Because of an occasional interview opportunity, Zhang Yi met a professor at the School Computer Network Center. The center's network security and data mining technology enjoys a good reputation all over the world. At that time, the director of the center was Professor Fang Binxing, a well-known network security leader and academician of the Chinese Academy of Engineering. Because he is curious about the Internet, he often goes to the teacher to ask. Since then, the network center has become Zhang Yi's second classroom. Harbin's temperature difference between spring, summer, autumn and winter is nearly 60 degrees Celsius. Zhang Yi's spare time is mostly consumed in that constant temperature.

After graduation, Zhang Yi decisively chose the Internet industry. He joined China.com, one of the earliest portals in China, as the headline editor and became the first generation of network editors in China. At that time, China.com was in a glorious period. It landed on Nasdaq earlier than the four major portals and was the first Chinese concept stock in the world. The strength and good treatment of listed companies is the dream of many people. Almost every editor in China.com has become an object of excavation outside.

Once out of the Internet bubble

However, the good times don't last long. The year 2000 was the year when Chinaâ€™s Internet bubble burst from its peak to the end. The Internet in China has gone from fanaticism to drama, from blitz to sniper, from applause to resentment, from smug to frustration, and has gone through the entire process between the two extremes. The people in the industry are worried, and the voice of the Internet is constantly questioning. The number of people leaving this line is increasing.

Under this negative influence, the young Zhang Yi was full of confusion, but he chose to leave. He first went to the computer newspaper to continue to do media work, and later transferred to Foshan to become the CEO of China Ceramics Network. Zhang Yi said that the new job did not make him feel too creative, but at least related to the Internet. However, there is always a regret in my heart.

"The last thing I regretted was that I didn't insist on the PC Internet. When people said the Internet bubble, they ran to the print media. It was too young, although it was very enthusiastic and aggressive, but it lacked thinking and persistence." What is gratifying is that A few years later, when the wave of mobile Internet swept across China, this time, Zhang Yi took this direction very decisively, and remained unwavering. It was 10 years.

Create "Ai Media" to ignite the fire of entrepreneurship

As the birthplace and super-large province of China's Internet, Guangdong has unique entrepreneurial conditions. The earliest SP companies in China (note: direct providers of mobile Internet service content application services) all appeared in Guangzhou. The company and talent pooling effect have driven the development of the entire IT circle and Internet entrepreneurship.

Around 2006, a large number of mobile Internet startups have emerged in Guangzhou. At that time, companies such as UC Browser, Happy Age, and 3G Portal were just established. "Mobile Internet access must be a trend, new opportunities will happen soon, we must seize the opportunity." Although at the time of the wap era, mobile Internet access is still more luxurious, but Zhang Yi decided that this is a good era of entrepreneurship.

There are many entrepreneurial teams, and all kinds of projects are diverse. Where should I start? Without thinking for a long time, Zhang Yi decided to start from the field he is most familiar with and create a brand new media brand.

In early 2007, the new mobile media "Ai Media Network" was officially launched. Focus on the mobile Internet, follow up the development trend of the market, pay attention to the dynamics of venture capital, and publish a lot of in-depth comment analysis. Among them, the â€œChuangtou Pioneerâ€ column focuses on mining new and new business models. Each work has a reading volume of over 10,000 a day, and it has been hailed as a mobile Internet startup must-read website by people in the circle.

In 2010, Ai Media was officially registered and began commercial operation. Zhang Yi said that the name "Ai Media" actually has two meanings. "Ai Media", English is "iiMedia". Ai, the pronunciation of the letter "i", the two "i" represent the internet (internet) and information data (informaTIon). Media, namely media, Media. So named iiMedia.

Focus on the mobile Internet and make a name for yourself

Subsequently, Zhang Yi also established a third-party research and analysis organization of â€œAi Media Consultingâ€ to conduct market research and research, and also incorporated new dynamic research from Japan and other foreign countries, and used third-party vision to tell everyone the future direction of mobile Internet.

Next, Ai Media Consulting released a number of mobile Internet frontier reports, such as the "China Mobile Reader Market Report", which attracted widespread attention in the industry and was cited by a large number of well-known media. Zhang Yi said that at the time there was basically no research on this aspect in the industry, and the brand was rare, and the brand of â€œAi Media Consultingâ€ became famous in the market.

Up to now, Ai Media Consulting has published or published more than 500 front-end reports and analysis results of the mobile internet industry chain every year; it has been widely used by world-renowned comprehensive and financial media, with an average daily quote of more than 160 times; a single report release includes Ai Media consulting websites, user subscriptions, WeChat, etc. have more than a million audiences from media channels, mainly for high-end investors such as investors, media people and entrepreneurs.

The network-managed industrial switch literally means a switch that can be managed by the network. There are three management methods, which can be managed through the serial port, through the Web, and through the network management software. It provides a terminal-based control port (Console) and a Web-based page. And support multiple network management methods such as Telnet remote login network. Therefore, network administrators can perform local or remote real-time monitoring of the switch's working status and network running status, and manage the working status and working mode of all switch ports in a global view.