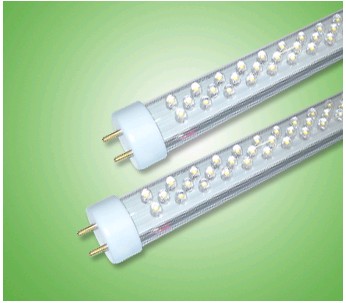 Among the 82 product specifications, Dongguan's corporate products accounted for 40, of which Dongguan Qinshang Optoelectronics Co., Ltd. was the majority, accounting for 25 items, and mainly led lamps and LED spotlights; Guangdong Dehao Runda Electric Co., Ltd. The products account for 15 of the total product specifications, second only to Qinshang Optoelectronics, and mainly LED downlights.

On May 28 of this year, Guangdong Province held a working conference on the promotion and application of LED lighting products and issued the "Guangdong Province Implementation Plan for Promoting the Use of LED Lighting Products." The meeting emphasized that starting from the implementation date of the plan, lighting projects in provinces such as roads, public places, government agencies, state-owned enterprises and public finances, or state-owned capital investment, and new districts such as Nansha, Qianhai, Hengqin, etc., will all be used. LED lighting products.

The implementation plan stipulates that the products used for the promotion of the project must be recommended by the Guangdong LED benchmarking system.

"According to the Guangdong Province's promotion of LED lighting policy, the province's LED industry has a size of no less than 500 billion yuan. In the past 5 years, there are nearly 100 billion market spaces each year. Pure lighting will have a market scale of 10 billion." Guo Xuan, Secretary General of the Provincial Lighting Professional Committee of the Provincial Lighting Association stressed.

According to the reporter's understanding, the transformation of only 2 million street lamps in the province will bring about a market scale of nearly 5 billion yuan.

The progress of the cities is not the same

Up to now, Guangdong province has installed more than 120,000 LED street lamps through tenders and bids, and indoor LED lighting products have exceeded 300,000 baht. According to the summary statistics of the Guangdong Provincial Science and Technology Department, the promotion projects in various cities have progressed smoothly. The implementation measures and objectives are promoted, but there are still differences in specific progress. Some cities and counties have made rapid progress and have started bidding; some cities have only just completed preparations.

In many cities, the transformation plan is much earlier than the provincial government's three-year plan. Shenzhen City plans to use LED lighting for new lighting projects in the public lighting area. The original non-LED lighting will be completed by the end of 2013.

Zhongshan City has stepped up its pace in promoting LED applications. Currently it has entered the project tendering and construction application stage. Dongsheng Town has completed the bidding work for the installation of LED street lamps and identified two successful bidders. It plans to distribute batches by the end of 2013. Completed the renovation and installation of 5,424 LED street lamps. The installation work of port town 2759ç›, Henglan Town 2700ç›, and Shenwan Town 1350ç› LED street light is undergoing preliminary preparation and negotiation.

It is worth noting that Shenzhen, Zhuhai, Chaozhou, and other places have emphasized the priority in the use of products with high energy efficiency and a high degree of local support. This also leaves a large market for local businesses.

"The more products that come into the list of recommendations, the richer the categories will be, and the greater the market opportunities and the share will be. But entering the catalog does not directly lead to projects, but depends on how many projects the market can really release." Wei Li told reporters from Gaogong LED.

Prior to this, QinShang Optoelectronic released an announcement saying that the consortium formed by Qinshang Optoelectronics Southern Power Grid Integrated Energy Co., Ltd. won the bid for the energy-saving retrofit service project for LED street lamps in Qingyuan City. The project adopts the contracted energy management (EMC) model and plans to transform 46,000 yuan. Street lights. The project period is 8 years from the date of completion.

Wei Li said that 46,000 Baht is only the first batch of Qingyuan projects, followed by tenders. The tenders for LED lighting projects in other cities are also beginning to take place. Qinshang will actively participate in bidding for projects in various cities to gain greater market share.

For a time, no one can match the power of the photovoltaic heads in the industry.

Some brokerage analysts stated that Qinshang Optoelectronics, as a listed LED lighting company, is second to none in terms of technology, brand, and financial strength. As a local company in Guangdong, the company is bidding for LED lighting promotion demonstration projects in the province. Naturally it will occupy a considerable share of the proportion.

Another listed company, BDO Runda, which has a lot of products in the recommended catalog, seems to be much quieter.

In the interview with the "High-tech LED" reporter, Ding Runda, director of the board of directors, said that Guangdong's LED lighting promotion project is of great significance to LED lighting companies, especially in the province. The policy will bring about a huge market. BDO Runda, as a local listed company in Zhuhai, has invested in LED since 2009. It is also a large scale in Guangdong Province and naturally hopes to get enough projects.

â€œThe company will keep close contact with the Provincial Department of Science and Technology and the cities around the country to keep abreast of the situation and participate in projects around the world. At present, the company has been intensively involved in the bidding work.â€ Deng Fei emphasized that the company currently has some orders. , but some projects may not be announced because of the relatively small amount.

â€œLarge companies have advantages in terms of capital, government resources, etc. In the down bids, large companies will undoubtedly occupy the majority of the share. Small enterprises will not be able to win the opportunity in terms of technology, brand, etc.â€ Senior Engineering LED CEO Zhang Xiaofei points out.

According to industry insiders, these large companies have their own advantages. As a listed company, there are no major problems in capital or technology. â€œThe market brought by the LED promotion project in the province is likely to eventually become the 'bid battle' between big players such as Qinshang and BDO Runda.â€

From the second half of this year, Coleid Digital Photoelectric Co., Ltd. is located in the factory of Dongguan Gaochun. The original production line is being expanded, and machinery and equipment are continuously transported to the plant. We paid attention to the ED lighting products.

â€œThe effectiveness of LED public lighting promotion policies will gradually show up. The company is preparing for the expansion of production in advance to actively welcome the public lighting market in Guangdong Province, and hopes to win as many orders as possible.â€ Huang Mei told the â€œHighlight LED "reporter.

She said that starting from the second half of the year, overseas orders and domestic engineering orders began to increase gradually. By the end of the year before the end of the year, the bidding for LED lighting projects in various cities will end, the pressure on the company's production capacity will be relatively large, and expanding production as early as possible will also help to gain market share.

It is understood that after the expansion of COOEC Digital Photovoltaic, the production capacity will be doubled.

Qiu Yuhong, director of optoelectronics business at Zhaoqing Baoli, said that the company is very optimistic about the development space of the LED lighting market, especially the introduction of the Guangdong provincial policy has given enterprises greater confidence. Some production lines for expansion have already been put into production in August.

"Public engineering is one of the major sales areas of domestic LED lighting companies at the present stage, and the demand is very large." Gao Bin, an LED analyst at Gaogong, pointed out that enterprises have their own considerations, and it is not wrong to plan ahead, but it should be appropriate, the scale of production capacity and the The capital strength and market conditions must be matched, otherwise the market will not be able to meet.

In the "Guangdong Province LED benchmarking system recommended catalog", in addition to Qinshang Optoelectronics, BDO Runda such a listed company, there are many small and medium enterprises. In order to be able to enter the recommended catalog, a lot has been invested in technology research and development.

Qiu Yuhong said that compared with large enterprises, there may be a gap between capital and brand strength. However, small and medium-sized enterprises can also improve the quality of products through technological research and development, strengthen cooperation with EMC companies, and find their own position in this market. .

"We can enter the LED benchmarking system recommended catalog, indicating that the quality of products between the companies are similar." Shenzhen Xinli Lighting Marketing Director Tang Guoan pointed out that SMEs will respond faster, through a more comprehensive solution and better optimization After-sales service to compete for the market.

Prior to this, in Dongshan Town, Zhongshan City, LED street lighting energy-saving renovation procurement project tender, many large companies including the Mullinson shares had been forced to go out due to the bid price exceeds the procurement budget price. It is understood that, generally in the procurement of LED lighting project bidding, the price factor will account for about 30%.

But for projects that can really help companies get out of the doldrums, Dr. Zhang Xiaofei, CEO of Senior Engineer LED, expressed his concern: â€œA lot of companies may have spent a lot of effort and failed to win the bid. Even if the bid is awarded, the company will implement the current common EMC model. We need to worry about subsequent payment problems."

Our well-equipped facilities and excellent quality control throughout all stages of production enable us to guarantee total customer satisfaction. Besides, we have received CE, CB, RoHS and CCC certifications.

As a result of our high quality products and outstanding customer service, we have gained a global sales network reaching America, Asia, Europe, Africa, the Middle East and other countries and regions.

If you are interested in any of our products or would like to discuss a custom order, please feel free to contact us. We are looking forward to forming successful business relationships with new clients around the world in the near future.