Smart wear has stepped into a key crossroads. Manufacturers who have seized the opportunity have already launched products, and even the company's second and third generation products have been born (the European and American product summary can be found in the international e-commerce platform Expansys). There are also a lot of companies that want to launch, but are still immersed in definition and research and development! (The smart wear here is defined as the more recognized bracelet watch on the market, as well as consumer innovations such as glasses and remote control accessories.) 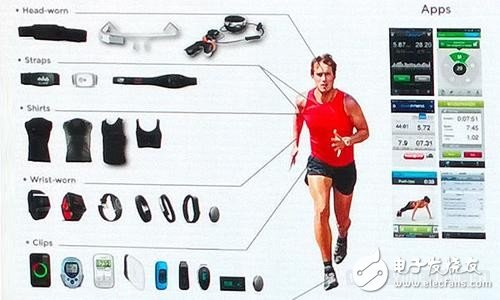 This is the best era and the worst. With the booming stocks and the consensus of research institutions, smart wear seems to be coming to a new spring. This spring, before the blossoms, the authors summarized several bottlenecks of the salon and the forum. In general, the following bottlenecks do not break through and rush into, the consequences may be very fierce.

Bottleneck 1: Only listen to the analysis agency, it will start, the market is not clear

At present, most research institutions believe that smart wear will take off this year, and this year's growth will be explosive. This makes the smart wear industry's small partners excited, but also many outsiders have come over and watched, and some have even rolled up their sleeves to launch wearable products (more common is the wrist watch). Limited by the meager profits of consumer products such as mobile phones and tablets, some mobile phone tablet manufacturers have transformed into smart wear.

However, the market is not clear. Some circle friends surveyed the shipments listed by the analysts in the technical salon last year, and gave a feedback to the market. The actual answers and the figures of the analysis agencies vary greatly. It will start, but the market is still not clear. In addition, the upstream small-screen supplier also gave us a mystery at the salon. From the number of shipments, the number is still very ugly (in other words, there is no amount).

Bottleneck 2: Only look at the accumulation of features, but no killer function

The electronic circle once held a quiz for smart wear topics. One of the questions is: "If you want to design a smart watch, what features would you add?" In a large number of meticulous and bold ideas, everyone Each has its own word. Many people prefer the function as much as possible, but there is a lack of a generally optimistic killer application. Or, in fact, I donâ€™t know what I need.

The author once asked Wang Xiaobin, president of inWatch, how long the melee in this industry will last, and when will the killer application come out? He believes that this time will not be long, and the leaders of some market segments will definitely come out within a year. In fact, the route is already very clear. "Nobody knows before any killer application is formed, otherwise the analytics investment manager has long been a Google boss," he said.

In the sixth smart wearable technology salon, Jiefang has compiled a document that found that in all current wearable device models, smart watch bracelets accounted for 62.80%, followed by smart glasses 11.4%, followed by smart rings 8.10%, the rest are smart armbands, smart running shoes, smart belts, smart helmets, smart buttons and so on.

The bracelet watch is the most mainstream form of the product, but the homogenization of the function has allowed its competition to enter the hybrid station. The author once visited a smart watch company in Shanghai and saw its upcoming powerful smart watch. The head of the company, Mr. Yu, introduced me to the company's main smart watch price of only 399. You should know that this watch can achieve almost the same functions as a smartphone (via Bluetooth 3.0 connection, you can send and receive text messages, voice calls, step counting, altitude, remote shooting).

In the usual products that everyone brings, most of them are watch bracelets, and the price is relatively low.

Bottleneck 4: Power consumption is obviously hard, and the design experience is full of compromises.

He can completely subvert your habits, subvert your imagination, and subvert your behavioral normality. Different UI experiences can be designed, different product forms and novel uses can be made... But all have a basic condition: battery. At present, it is limited by the product mentality. In terms of watch bracelets and ring glasses, the power consumption is obviously hard. Any product that bypasses the power consumption and provides a functional experience is a rogue!

At present, Bluetooth 4.0 is still a lot of hope for the wearable products. Due to the transmission distance, the peripheral products made into smart watches seem to be the mainstream.

There are two kinds of people who are currently entering smart wear. One is that they are very convinced that the market itself does not have such great value and meaning. In fact, it is following this wave of hype. The other is to believe that this market can start and make money. If your product is still the same as a smartphone or tablet, the future will only go beyond the house.

Of course, short-term hype is OK.

Bottleneck 6: If I tell you that the capital predator has intervened, are you still entering?

Smart wear in the stock market, and its strong momentum has already begun in 2013. In the relevant wear concept stocks, most have a good performance.

At the smart wearable salon organized by the author, almost every time someone from a venture capital company comes over. Their purpose is very strong, is to find a product that can be promoted, and then provide financial support. Desai Investment Director, ZTE Investment Director, CEO of CICC Alpha Investment... Many senior executives of investment companies will come to the site to discuss and find good investment projects.

After the big capital predators enter the market, is your product sufficient to maintain the advantages of the market segment?

Bottleneck 7: The necessity of opening the industry chain, the final winner must be the big platform vendor

Each smart wearable device may be produced from a different manufacturer, but the device must be integrated from a cloud service for analysis and integration. "This will surely lead to the emergence of a large platform (super platform) that will allow all types of wearable devices to be inserted." The person in charge of the standard patent for Huawei's terminal cloud business unit said at a wearable salon: The intercommunication between people and the interaction between things and things. Although Lei Jun said that he is not optimistic about smart wear, he said, "In the future, everyone's innovation may be in these areas, mainly with sensors, connectivity with various devices, connectivity with O2O services, and connectivity with social relationships." Sensor information.

Big data is done by the super platform, and the mobile phone is just an entrance. Many companies want to do this platform, and put them on WeChat on their mobile phones. So other wearable hardware will also find a platform to plug in. In other words, at the end of the game, it must be a big platform to play. So, are you ready to hold the thighs of such platform vendors?

The three big pieces of smart wear are worth aiming at.

Medical (here some qualifications are required, and strong manufacturers are required to intervene, but this profit is considerable).

Let you set a mobile phone, you will define a myriad of product forms, and the functions can also describe the sky. But if you implement it into a real product, you are probably just a student. Especially for some foreign wearable products (see the display of foreign e-commerce Expansys products), its imaginative design has been dazzling.

Don't show off how powerful and perfect your diamonds are to users. In fact, users only need one hole!