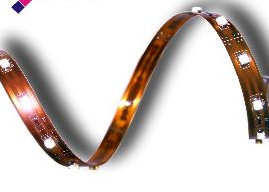 Facing the market's incentive competition and the pressure of its own operations, the channel layout is the focus of LED companies. According to the survey data, the annual output value of China's LED lighting application industry is close to 78 billion yuan in 2011. The overall market demand for LED indoor and outdoor lighting is gradually increasing, but the retail market for end consumers is still difficult to become a climate. Currently on the market LED lighting terminal market still has high prices, KA stores no one cares, businesses do not know the LED lamps, the average consumer can not clearly get the knowledge of LED lamps and so on. LED lighting is the market popularity of how? What will happen in the future?

After the glory period of 2007-2008, and especially at the end of 2008, the lighting industry has been very busy with lighting shops in major county towns in Jiangxi. The business of provincial capitals is even more prosperous. County-level dealers get goods from city-level dealers. Distributors to the provincial capital to get goods, a busy scene. If it is in the lighting industry in 2008 to enter the lighting industry dealers, just in time to catch up with the most glorious period, when the lighting market in the building materials market, many dealers said that the economic crisis was mainly affected in foreign countries, has little effect on our domestic market. However, by 2009, the peak season conditions began to subside slowly and turned into a depression. During the recession period, the industry will slowly enter the reshuffle period, but this process is very slow.

At the end of 2009, an in-depth study was conducted on the building materials markets in Fuzhou, Fujian and Nanchang, Jiangxi. At that time, many lighting dealers did not make money, and only after a few years of precipitation, they accumulated a lot of popular retail stores and engineering firms. They are making money. Many lighting dealers attribute the bad business to the low season. But for the next year's business, lighting dealers are still confident.

However, by the first half of 2010, the feedback received was that the operation of lighting distributors was basically a loss in the first half of the year. We attributed the reason to the low season of the market in the first half of the year and the traditional peak season of the lighting market in the second half of the year. The reason is that many people buy a house by the end of the year. Will be renovated. By the end of 2010, the feedback received was that the lamp market business was worse than in 2009. In Nanchang Taoyuan Lamps Market, Xiangjiang Home Building Materials Market and Fuzhou Haixi Wholesale Market, a few lighting dealers couldn't hold back but they came in again. Approval of new lighting dealers. At the same time, new building materials stores are also expanding. Among them, Nanchang Newly added Xiyingmen Lighting Store and Sunshine Lighting Plaza, and Fuzhou, Fujian Province has added new stars such as Meikailong and the House of Actual.

With the expansion of new stores, the operation of major lighting distributors in the building materials market is even worse. At the same time, with the continuous rise in domestic housing prices, major media have reported that prices exceed the Chinese people's bottom line. At the end of 2010, all lighting dealers attributed the bad business to the real estate bubble because housing prices were too high. Those who really bought a house could not afford to buy a house, causing the passenger traffic in the building materials market to decrease year-on-year. However, many dealers in Nanchang and Fuzhou stated that they are optimistic about the lighting market in 2011. The reason is that the state will introduce policies to restrict real estate and build affordable housing.

In 2011, the state issued major government restrictions on real estate speculation, but the effect was not good. The more the house was adjusted, the higher the price, resulting in less market traffic. By the end of 2011, lighting dealers began to complain about market prospects, reflecting that businesses are too difficult to do and that they do not see market prospects.

At present, traditional lighting still occupies an absolute market share, and the market penetration of LED lamps is still very low, accounting for only about 7%. The main reasons are as follows:

1, LED lighting prices are high. The price of 5W LED bulbs currently sold in KA stores is between RMB 60-70, while the price of ordinary energy-saving lamps with the same efficacy is between RMB 7-15. The price difference between the two is several times. At the same time, the packaging description of LED products is also too simple and does not allow consumers to have a complete understanding of the product.

2, promotion lag. At present, there are thousands of downstream manufacturers specializing in the production of LED lighting fixtures in China, but there are only a few businesses that specialize in LED product management in the terminal market. At this stage, in addition to government policy support, and other forms of market promotion are lacking, terminal companies visited by GLII learned that most businesses themselves have insufficient awareness of LED lamps, resulting in the inability to properly communicate LED lamps to end consumers. Advantages and differences from traditional lamps.

At the same time, these brands did not configure the relevant pre-sales service personnel in the stores. When terminal consumers purchase lamps and lanterns, LED lamps and lanterns are also unattractive. Compared with traditional lighting brands, LED brands do not have market reputation and influence. Traditional lighting brands such as Philips, Panasonic, NVC, Op, and Ford have a good reputation in the industry, but the promotion of LED lighting brands is still lagging behind.

At this stage, LED lighting companies must focus on application-oriented product development, but also focus on brand building. At present, most LED lighting companies play the concepts of â€œenergy saving and environmental protectionâ€, â€œlow attenuationâ€ and â€œlong lifespanâ€, but they are not accepted by the majority of consumers. Low-priced and low-quality products that are flooded with the market are seriously affecting LED lighting brands. Credibility.

Businesses should do a good job

2012 will be a year of reshuffle for end-user dealers. The trend of â€œstronger players are stronger and weaker players are eliminatedâ€ is difficult to change. Whether it can survive this winter, it depends on the financial strength and business model of the lamp business. Under the circumstances that the traffic volume of the major building materials market in the country has been reduced year by year, if the business is still waiting for customers to come to the door, it is undoubtedly the worst response. For the LED lighting companies, they are currently facing difficulties in the channel. The terminal cannot find a channel provider. At present, many LED companies choose to directly establish direct-operated stores. For example, Bejing Semiconductor Lighting Co., Ltd. directly established a factory direct-operated store in another lighting city in Shenzhen. In addition, Nanchang Sunshine Lighting Plaza also has a number of LED lighting companies directly opening flagship stores in the sunshine lighting market.

Now for some powerful traditional lighting dealers, how to grasp the general trend of the LED lighting market, use their own channel resources, and seek common management terminal business with LED companies on the top policy. In August of this year, Bejing Semiconductor Lighting merged its store's flagship store with the adjacent Yee-Gao lighting. The basis for this merger is that Yeego Lighting, as a distributor, does not have much money in the market for a long time. The merger of LED companies, one can get the goods from BayStar Lighting for a long time, and second, there is no need to worry about the problem of the collapse of funds. With more and more dealers appearing in the second half of the year, the risk of capital breaks will be the best time for LED companies to find excellent distributors and establish long-term cooperative relationships.

How does a company make a living in the LED market that has not formed industry standards and is filled with the quality of cohabitation? Quality is the magic weapon to win, and it is also a symbol of product reputation and brand. In the future, the competition in the LED terminal market will be the brand competition.

1, the development of LED stores. As far as the current status of the LED market is concerned, the store has become the most feasible terminal channel model. LED companies and businesses lack industry and market regulations, so the ultimate test of whether a franchise can survive lies in its franchise management and continuous profitability. At the same time, the store is also an effective way to enhance the company's own brand awareness and influence.

2. Pilot small-scale distribution of goods in professional stores such as Lamps City or Building Materials City in major regions of the country. It is also a way of cooperating with local core dealers, but in the short term, the promotion of this model should not be too great.

3. At present, some LED lighting companies are cooperating with well-known brands with stronger comprehensive strength and relying on direct sales stores of famous brands to distribute goods. This can also be a good direction for channel construction. With the help of well-known brands, it is very helpful for improving the influence, health, and reputation of the LED brand.

At Christmas it is nice, in addition to the tree decorated with
large and colorful Christmas balls, to surround yourself with
decorations with Christmas motifs to be distributed around the house.


Create the right atmosphere with this led light garland.

Portable & Versatile
1.The item have a base and could stand on anywhere.
2.Integrated hanging hook holes for ease of display on wall or just rest on mantle, self, table or dresser.
3.Can be displayed standalone or combined with other pieces to create an eclectic lighting installation.
3.Create a whimsy showpiece on the cake or candy table during the Wedding.