On December 24, GT Advanced Technologies, a former sapphire glass supplier, said that the company plans to pay a portion of its cash to its partner partner Apple by selling a sapphire furnace.

It is reported that these furnaces of GTAT were originally purchased and installed to supply sapphire glass to Apple. At the same time, the latter also provided GT Advanced with a loan of 439 million US dollars. 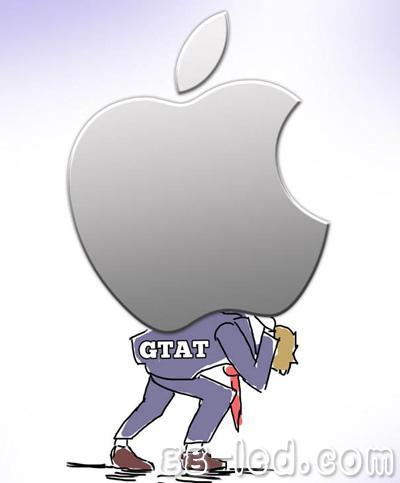 However, although GTAT has invested heavily in increasing its production of sapphire materials in order to supply Apple, the company publicly complained in October that the supply contract with Apple led to bankruptcy.

In fact, GTAT filed for bankruptcy protection in October this year, less than a year before the company announced the supply of sapphire glass to Apple.

Previously, analysts have determined that Apple will use this sapphire glass to enhance the screen strength of mobile devices in new devices, but the latest generation of iPhone has unexpectedly not used this material.

After the news was exposed, investors were shocked. The company's share price also plummeted by more than 90% to less than $1, and was even suspended.

GTAT's lawyer, Luc Despins, told the court before that he expected each sapphire furnace to cost around $500,000.