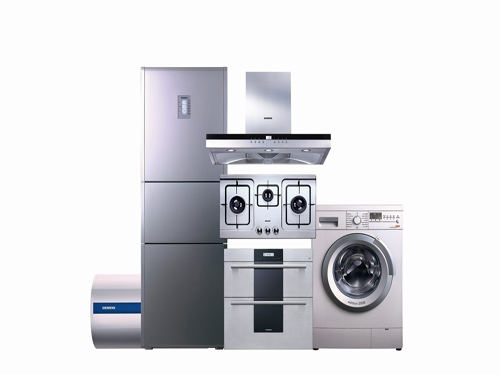 Jin Youhua said that he saw the "future."

â€œTwenty to thirty years ago, everyone thought that you had a refrigerator and a color TV in your house. The home appliance was a decoration; later, the appliance became a common product; but now I see it in the United States, Europe, and other places. In the direction of 'luxury', after visiting a flagship store on Whirlpool's Fifth Avenue in New York, I feel that these artistic and technological products have contributed to the perfect combination of home appliances, furniture and homes. In the open kitchen, the products are very high-end and the materials are very beautiful. They are just like the lifestyle that we should pursue." Jin Youhua said: â€œFor us, the home appliance people, this is what we will pursue in the future.â€

Thirty years ago, home appliances were â€œluxury goodsâ€ and they were also â€œadornmentsâ€ that could support the facade. Today, refrigerators, air conditioners, and color TVs have already become a necessity for all families. Buying a refrigerator is only a small thing; Will it return to its "luxury" attributes?

In fact, this trend has been highlighted both at home and abroad. Jin Youhua said that he saw a high-end range hood from Whirlpool priced at US$7,000 and more than 40,000 yuan. Whirlpoolâ€™s KitchenAid brand high-end refrigerators cost US$8,000 and nearly 50,000 yuan, while in the domestic market and even electricity. Business platform, tens of thousands of yuan of refrigerators, air conditioners, more than 100,000 yuan of television has also been more common, but in the "luxury appliances industry", these are still a small shame - LG a 105-inch 4K curved TV prices up to The US$117,000 (about RMB 720,000) and Samsungâ€™s 110-inch 4K TVs sold in Jingdong sell for 1.25 million yuan.

The 40,000 yuan smoke machine and the 100,000 yuan TV obviously have gone beyond the scope of ordinary products and have decorative attributes. They are born luxurious and serve niche, but may represent the future of China's home appliance industry.

In fact, for 30 years, Chinese families have always owned the DNA of "luxury appliances."

Recently, a netizen blog post triggered many people's responses and memories. Bowen said that in 1983, his parentsâ€™ wages were less than one hundred yuan per month, but the family saved more than one thousand yuan a year and bought a 16-inch imported color TV.

He once asked his parents why he had such a determination. The answer was that at that time someone else had a home and looked at the eyes. The two men discussed the issue and bought it.

Previously, CBN published a cover article titled "Luxury Home Appliances." The article pointed out that China's high-end home appliance market has a very huge potential. "The vast majority of Chinese people will care about visitors' comments on their home environment. On the bright side, they are more willing to spend money in conspicuous places, such as the living room and kitchen, and many Chinese families have such an interesting phenomenon: the owner spends most of his time in his bedroom, where only one ordinary person may be placed. TVs, while the living room's walls are hung with expensive large-screen flat-screen TVs."

In recent years, the development of the industry has also boosted the proportion of high-end and even luxury appliances.

According to China Yikang data, part of the large home appliances industry fell into a quagmire of negative growth in 2014, showing signs of fatigue, but the growth rate of high-end type products far exceeded the market's average growth rate: In the first half of 2014, TVs, refrigerators, and washing machines exhibited different levels of home appliances. The decline in retail sales fell by 15.5%, 8.5%, and 0.3% year-on-year, respectively, and various high-end types of products have become the front-runners driving market growth. Among them, the share of retail sales of smart TVs has reached 60%, and multi-door refrigerators have been opened. Total retail volume has exceeded 16%, inverter air conditioners and drum washing machines accounted for more than 57% and 31% respectively, and European-style range hoods and built-in water heaters accounted for 45% and 88% of retail sales, respectively.

Why are home appliances increasingly difficult to sell, high-end sales are soaring, product prices are all the way up?

Jin Youhua's analysis is that at present, China's home appliance production capacity is far greater than the demand, the entire market driven mechanism is relatively stable, "in recent years the steady slow growth of the home appliance industry has been going through two things: elimination and continuous upgrade."

â€œThe biggest change is structural upgrading. Everyone obviously feels that the current home appliances are significantly more expensive than before. This is an upgrade of the consumption structure. There will be several trends in the future: First, companies with high market share will surely be stable. Declined to maintain a reasonable share; Second, the rapid development of the brand will grow steadily and quickly to reach a relative point, in the future to find a new enterprise between the share of the balance; Third, the previous low grades, Enterprises that rely entirely on low-cost, low-price competition will gradually be eliminated because this model cannot support their development. Fourth, the emergence of new types of household appliances in the future will lead to a new round of consumer scale upgrading and structural adjustment,â€ Jin Youhua emphasized. Overall, he believes that the future of home appliances will be more decorative.

As early as many years ago, the head of Gaggen China, the German luxury kitchen appliance manufacturer, once pointed out that in the past, Chinese rich people usually spent their money on jewelry, automobiles and other products. Nowadays, more and more people take the West. Living habits and ways to bring in China, they are willing to spend more money for home furnishings and home appliances.

The â€œthree majorsâ€ of home appliances have long been historical terms. Home appliances have long been not only a necessity but also carry peopleâ€™s pursuit of higher quality of life. Under the triple influence of mass consumer demand, product structure adjustment, and corporate development promotion, we have reason to believe that the luxury home environment at Whirlpoolâ€™s Fifth Avenue flagship store will surely enter more Chinese families.