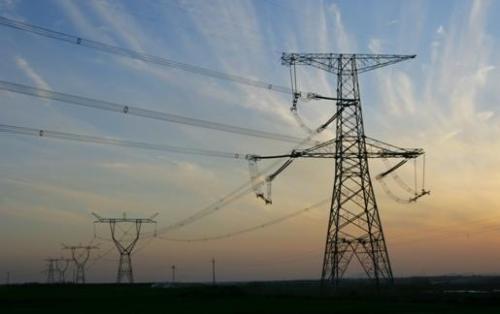 Recently, Zhong Jianying, deputy to the National People's Congress and chief engineer of Henan Pinggao Electric Co., Ltd., believed that a strong smart grid with coordinated development of UHV power grids as backbone grids and grids at all levels should be built to promote the optimal allocation of energy resources throughout the country. Efficient use of.

Zhong Jianying analyzed that due to the long-term pursuit of power-on-site balance, China's energy allocation is excessively dependent on coal transmission, the proportion of transmission power is low, and the structure is out of adjustment. The energy supply chain is very fragile. In 2013, more than 50% of coal was used for power generation, 58% of railway capacity was used for coal transportation (only 38% in 2000), and about 70% of coal was shipped by rail. Over the past 10 years, more than 70% of the railway's new capacity has been used to support the growth of coal transportation capacity. Expressways have caused large traffic jams in coal-laden vehicles, and coal-fired power stations have been shut down year after year. This unscientific approach to development has brought about a series of problems such as rising coal tariffs, lower energy efficiency, and traffic congestion, which has become a chronic problem that has plagued economic and social development.

Zhong Jianying believes that the key to solving these problems fundamentally lies in accelerating the transformation of the energy development methods that rely too much on coal transportation and the local development methods of electric power development, implementing the â€œOne Special Fourâ€ strategy and establishing the UHV power grid as the backbone network. A strong and smart grid with coordinated development of power grids at all levels, building large-scale coal-fired, hydropower, nuclear power and renewable energy bases to achieve â€œcoal flow from the air and deliver electricity to all of Chinaâ€ and promote the optimization and efficient allocation of energy resources nationwide use.

China's energy supply and consumption are dominated by coal for a long time, and the proportion of coal consumption is as high as 70%. This unreasonable energy consumption pattern and consumption structure has caused serious damage to the ecological environment and air quality. The problem of haze in the eastern and central regions of China is prominent, mainly due to the large-scale localization of coal-fired electricity in the region. The coal-fired power plants in the Beijing-Tianjin-Hebei-Lujiang-Yangtze Delta regions, which have severe haze, exceed 130 million and 140 million kilowatts respectively. The unit area of â€‹â€‹coal-fired power is 13 times and 26 times that of the northwestern region, respectively, and atmospheric pollution per unit area is in the whole country. The average level is more than 5 times.

Zhong Jianying said that the development of UHV power grids, the use of electricity instead of coal transmission, and the increase in the proportion of electricity received can significantly improve the atmosphere in the eastern and central regions. The conditions for the large-scale construction of UHV power grids in China have been met. The â€œtwo-transit, three-straightâ€ UHV projects that have been completed have been operating safely, and have fully verified the safety, economy, and environmental friendliness of UHV. The development of UHV has also formed a broad international consensus. Former US Energy Secretary Bill. Richardson believes that the United States must also build a nationwide transmission highway. Zhong Jianying said that if a large-scale energy distribution pattern of â€œWest Power Transmission to the Eastâ€ and â€œNorthern Power Transmission to the Southâ€ is formed throughout the country, the flow of electricity to and from the eastern and central regions will reach 350 million kilowatts, and the annual transmission of electricity will reach 1.9 trillion kilowatt-hours. Build a well-to-do society for the growth of electricity demand.

Zhong Jianying said that UHV is a major technology for China's independent innovation in the field of energy, the world's first, and the dominant right of international standards and strong competitive advantage. Like high-speed rail and manned space, UHV is an important symbol of national innovation capability and comprehensive strength. Ultra-high voltage equipment has become the "gold business card" of China's equipment manufacturing industry and has a promising market.

The relevant authorities shall approve the national grid development plan as soon as possible. As soon as possible to approve the construction of the Mengxi-Changsha, Zhangbei-Cangzhou UHV project to ensure the safety of large power grids. The UHV AC projects in Huainan-Nanjing-Shanghai, Ximeng-Zaozhuang, Mengxi-Tianjin South, Jingbian-Weifang etc. will be included in the implementation plan of the National Air Pollution Prevention Action Plan. The U.S. U.S. high-voltage "six-crossing and four-straight" project was approved as soon as possible to promote the coordinated development of UHV AC and DC transmission. UHV will be used as a key content in carrying out economic diplomacy, and will lead our country's electrical equipment manufacturers to go global and revitalize national industries.

Generally, it is composed of piezoelectric ceramics and driving rods. By high-frequency electric excitation, piezo ceramics produce high-frequency ultrasonic vibration (above 60 kHz or higher), which is transmitted to the driving rod and generates high-frequency micro-displacement (back and forth expansion) at its front end.

1. High vibration amplitude and can withstand higher power.
2. The product has high reliability, strong maintainability, and is not easy to break down or off-line.
3. The frequency can be adjusted in a wide range, generally within the range of 10KHz.


The present Piezoelectric Elements For Inkjet Piezo Transducer is following :