An organic EL that is expected to achieve a leap as a thin, bendable "ultimate light source" stands on the ramp. Due to many problems in cost and performance, material manufacturers and electromechanical manufacturers have frozen development. Will organic EL die like this?

In 2011, Panasonic and Idemitsu Kosei jointly established the manufacturing and sales company of organic EL (electroluminescence) lighting panels - Panasonic OLED lighting. On March 31, 2014, the company quietly ceased to operate. Due to the failure of the market to expand as expected, the company has been rushed to close since its establishment three years ago.

Panasonic's OLED lighting combines organic materials produced by Idemitsu and Panasonic's electrical control technology to create organic EL lighting panels. I have planned to expand sales overseas in the future. However, it was later learned that although there are certain needs for special applications such as medical treatment, there are still technical problems in the general lighting field. Although both companies believe that the organic EL lighting business will continue to develop in the future, it still decided to shrink the front.

The organic EL source uses an organic material that emits light to emit light. It is characterized by easy expansion of area, light weight and low power consumption. If the substrate is made of resin instead of ordinary glass, it can be made into a curved shape. In addition to lighting applications, it can also be used in displays such as televisions, and the popularity of these two applications is highly anticipated.

Recently, however, the trend of adjustment of the organic EL business is expanding. Especially in the field of lighting, the action is very rapid.

"We are scheduled to stop developing organic EL lighting materials today" - a technician from a Japanese materials company said. He said with regret, "Although the lighting manufacturers have proposed a mass production plan, the full-scale production has not progressed. It is no longer expected."

Many problems in cost and performance

The main reason for the failure to promote mass production is that it is difficult to reduce costs.

It is characterized by surface illumination and can be made into a curved shape. Expected to be used in areas such as high-design lighting fixtures

Organic EL luminescence has two types of "fluorescence" and "phosphorescence". Among them, the phosphorescence type is high in luminous efficiency and each company intends to commercialize. However, phosphorescent materials require rare metals such as indium and platinum. Developing alternative materials is not easy, and the cost is high anyway.

Moreover, the United States General Display Company holds a patent related to phosphorescence. Therefore, the patent must also be added to the price.

High costs are reflected in the final product. The lamp-type organic EL lighting fixture developed by Lumiotec, a lighting company funded by Mitsubishi Heavy Industries, is about 55,000 yen, and the price is twice that of the equivalent LED (light-emitting diode) desk lamp.

In addition, there are also problems in important factors such as brightness, color tone, energy saving, and life. In order to solve these problems, it is necessary to invest huge amounts of money in research and development.

There are also companies that cannot manage because of the heavy financial burden. For example, Techno, a technician who worked at Sanyo Electric, and EL Techno, a venture company founded in 2010. The company is engaged in the development and manufacturing of organic EL lighting panels. In 2011, it established a mass production plant ahead of large companies. However, due to the increase in research and development expenses, the final liability was approximately 1.393 billion yen. In February, the Tokyo District Court accepted the decision to commence bankruptcy.

In the television field, another major use of organic EL, the obstacles are also very large. The reason is the appearance of "4K TV" with full HD 4x resolution. Although the 4K TV uses a liquid crystal screen, it can "display a clear image without much difference" compared with the organic EL with high resolution as its selling point (Nokedo, vice president of NPD Japan).

Further, when the size of the organic EL television is increased, the yield is deteriorated compared with the liquid crystal television, resulting in an increase in cost. In the case of declining TV prices, â€œthere are not many benefits for companies to invest huge amounts of money to make organic EL TVsâ€ (Bird Residence).

At the end of 2013, Matsushita and Sony lifted their cooperation in the organic EL business for television. Compared with organic EL TVs, both companies have concentrated their operating resources on 4K LCD TVs in an effort to reinvigorate the sluggish TV business as soon as possible.

South Korea's Samsung Electronics and LG Electronics, which are leading in the field of organic EL TVs, are also very difficult. In 2013, organic EL TVs accounted for only 0.002% of the total global TV supply. Only 4,400 units were sold worldwide.

There are also trends aimed at survivorsâ€™ interests.

Regarding the future of organic EL, most industry analysts have a negative attitude: "No matter whether last year or the year before, they repeatedly said that 'the market is about to start growing'. It is like the story of 'wolf is coming'." However, there are also companies that intend to take advantage of their own advantages to expand their business and target the interests of survivors.

It is still said that "organic EL lighting is a growth industry" is the president of Konica Minolta, Matsuzaki Masayoshi. On March 18th, the company announced that it will build a mass production plant for organic EL lighting panels in Yamanashi Prefecture. The total investment is about 10 billion yen, and it has a capacity of 1 million panels per month. Mass production is scheduled to begin in the fall of 2014 and will be sold to major manufacturers of lighting equipment.

Why is Konica Minolta so determined? Because the company believes that the "volume-to-volume" mass production technology that has been accumulated in the film business will become its powerful weapon. This technology can wind the resin substrate and continuously apply the organic light-emitting body to improve the yield and reduce the cost.

President Matsuzaki said that although the market is formed two to three years later than expected, the global market for organic EL lighting is expected to reach 300 billion yen per year in 2020. The company intends to become an industry leader in the field of lighting panels.

Organic EL has been called the ideal new generation of luminescent materials, and many companies are involved. In the future, will organic EL enter the recession in this way, or will it be reborn by companies that insist on the business to find a breakthrough? Its survival will be clear in the next few years. 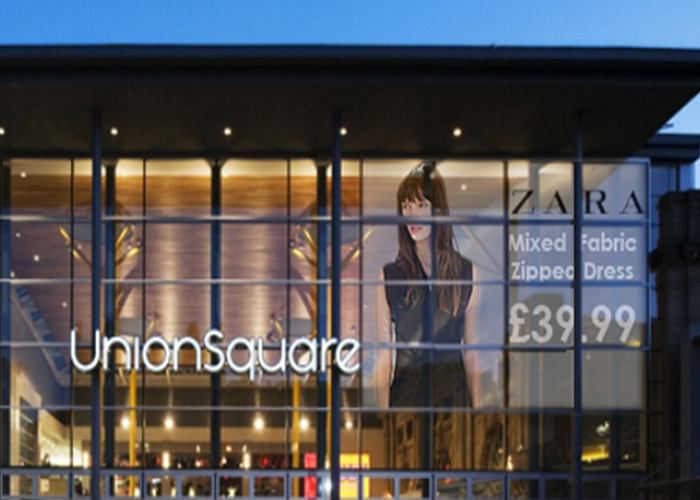