On November 26, the company released official news that it had received a notice from the National Development and Reform Commission of China, and it would cooperate with the NDRC in its antitrust investigations. Qualcomm also said it was not aware of any antitrust violations.

At present, Qualcomm and the National Development and Reform Commission have not disclosed the specific reasons and related content that triggered the antitrust investigation. However, it is speculated that the antitrust investigation may be related to the differentiation of Qualcomm's patent authorization for different mobile phone manufacturers.

In the past, Qualcomm has encountered antitrust investigations in various countries due to patent licensing pricing issues.

Qualcomm had a three-year antitrust investigation in South Korea, which ended in 2009. South Korean officials believe that "Qualcomm treats customers differently and charges some of them higher." For this reason, the Korea Fair Trade Commission issued a $ 200 million fine to Qualcomm.

In 2005, after receiving complaints from six companies including Nokia and Ericsson, the European Union launched an antitrust investigation on Qualcomm â€™s over-licensed patent authorization. After four years of investigation, the lawsuit was finally terminated due to the settlement and withdrawal of complaints by various manufacturers.

As one of the world's largest mobile phone chip manufacturers, Qualcomm has mastered a large number of 3G and 4G mobile communication-related patented technologies, and has obtained benefits through licensing and other methods. In fiscal 2012, Qualcomm's patent licensing fee income was approximately US $ 6.7 billion, accounting for more than 30% of total revenue, 42% of which came from mainland China.

There are various indications that Qualcomm's charging standards for different manufacturers are indeed different. But whether this is the main direction of the NDRC's investigation has not been officially confirmed. Judging from the past experience of various countries, the investigation may be protracted, and the results need to wait for a long time. 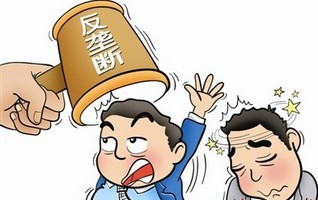 The background of the investigation is complex, or related to the launch of 4G

This time Qualcomm encountered an antitrust investigation in China, and the interpretations of the parties are not consistent.

US investment bank Raymond James said the investigation may be related to China's upcoming TD-LTE service. Someone close to Qualcomm said that the management of Qualcomm headquarters is confident of charging 4G TD-LTE patent fees in the Chinese market. With the launch of China's 4G network, Qualcomm expects that patent licensing revenue in the Chinese market will increase in 2014.

It is reported that when CDMA entered the Chinese market, Qualcomm had negotiated with relevant government agencies, and finally made a big discount for the license fees of domestic mobile phone manufacturers. Foreign media used this as part of the basis, demonstrating that Qualcomm may once again make a concession to the 4G licensing fees of Chinese manufacturers because of the antitrust case.

In this regard, a person familiar with the antitrust investigation told Tencent Technology that the antitrust investigation initiated by the National Development and Reform Commission was not a sudden move, and the background was more complicated. Relevant institutions hope to make the communications market more fair. As a market leader, Qualcomm has a dominant market position in patents and technology accumulation, and it is not surprising that it has become the focus of attention. On the eve of the issuance of 4G licenses, relevant parties in the industry will launch a new round of equipment development and sales, which is also a good opportunity for the government to reorganize and rectify the market order.

People close to government agencies said that the most common result of the country â€™s antitrust investigations is high fines, and it is not easy to say whether a further ban will be issued. If not, at the rate of income growth of Qualcomm, high fines can be filled in a short period of time.

Some analysts believe that if the anti-monopoly investigation forms a real blow to Qualcomm, it may be beneficial to domestic chip manufacturers, but this may be wishful thinking. A person in the domestic chip industry told Tencent Technology, "If this is used to suppress Qualcomm, it may not benefit domestic manufacturers, but American companies such as Broadcom and Marvell." He believes that there is still a big gap between Chinese chip manufacturers and them. . This gap cannot be filled in the short term. "

Qualcomm's patent authorization is generally divided into two parts, that is, a one-time licensing fee (sometimes including a high one-time "entry fee") for manufacturers to obtain a certain chip solution, and an additional payment for each mobile phone sold during the agreement period Royalty rate. This part of the extra rate has also been imaged as "Qualcomm Tax" in the industry.