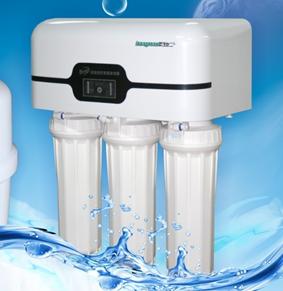 As a result of the pollution incident in Lanzhou in early April 2014, public awareness of the domestic water purification industry has once again increased. Similar to the rapid rise of air purifiers, water purification products are also environmental health appliances that are â€œbeneficialâ€ and rise under environmental pollution. â€œElectricalâ€ reporter noted that on March 18, 2014, the China Home Appliances Expo - Shanghai 2014, the organizers specially opened a pavilion for environmental health appliances, in which clean water companies occupy half of the country.

According to Li Wei, deputy general manager of Zhejiang Liyuan Water Treatment Technology Co., Ltd., there are many brands in the water purification market, and the number of companies is countless. With such heated competition, where is China's water purification industry?

Market rises on April 28, 2014, Jingdong Mall's first clean water culture festival officially opened. According to Bai Xuetao, deputy director of the Institute for Environment and Health-related Product Safety at the Chinese Center for Disease Control and Prevention, frequent water pollution incidents this year have made the safety of drinking water highly concerned by the entire society. According to Bai Xuetaoâ€™s 2011 national water system and some of the river's water quality conditions, I-III water quality, which can be used as a drinking water source, accounts for only 61%. On the other hand, the city's water pipe network also has potential safety problems. The water distribution equipment is relatively old and the city's secondary water supply still exists. â€œIn rural areas, ensuring drinking water safety is still the top priority; in cities, while ensuring the safety of drinking water, it is important to raise public awareness of the quality of drinking water,â€ says Bai Xuetao.

Among the domestic brands, Gion, Angel, Yimeite, Jinglai, and Jinliyuan are active brands. The main products are water purifiers. While satisfying the production and sales of their own brands, they also carry out OEM business for other brands in the industry. . According to Li Xingsu, deputy manager of Product Management and Planning Department of Shenzhen Angel Drinking Water Industry Group Co., Ltd., the current annual production capacity of Angel's water purification products is about 450,000 units, and the proportion of pure water machines is close to 50%. In terms of sales, sales of Angel's net-water products reached 400,000 units in 2013.

"In 2013, the annual sales volume of EMET's net water products reached 200,000 units, and the sales volume reached 80,000 units in the first quarter of this year." Wang Xin, general manager of Shanghai Yimeite Water Treatment Technology Co., Ltd., told the "Electrical" reporter that at present, the company The annual output of water purifiers is between 250,000 and 300,000, of which 90% is pure water.

In contrast, Goldlion's main business is more extensive. Wang Bin, Manager of Investment Promotion Department of Shenzhen Jinliyuan Water Purification Equipment Co., Ltd. stated that in addition to the production of water purifiers, Jinliyuan also produces parts for water purifiers, such as activated carbon and RO membranes. The monthly sales of the whole machine range from 8,000 to 10,000 units. .

Different from the previous ones, the brands such as Jinglai and Liyuan are also engaged in the OEM and OEM business of their own brand water purifiers.

â€œGuanyuanâ€™s annual production capacity of water purification products is 3 million units, and the current production line is already in saturation. In 2013, the proportion of pure water machines exceeded 50%, and the sales accounted for more than 70% of sales.â€ Li Wei told the â€œElectricalâ€ reporter. Said, "Considering the needs of the market, Liyuan also conducts OEM business for some enterprises with certain strengths, such as the Four Seasons Mu Song."

Mr. Ou Qiang, Marketing Director of Shenzhen Jinglai Tianxiang Environmental Protection Technology Co., Ltd. disclosed that: â€œAt present, there are two automated production lines in the net, with an annual production capacity of 3 million units, and the proportion of pure water machines is 60%. The rest are ultrafiltration machines. Among them, 70% of the ultrafiltration machines were manufactured for other brands. In the first quarter of 2014, net sales of water purifiers increased by 40% year-on-year, and the OEM business contributed major strength.â€

The East Research Group has some special features. The mainstream customer groups tend to focus on light business areas such as office buildings, schools, hospitals, and only a few ordinary home users. According to Zhang Yong, vice president of the East Research Group, the company currently has an annual capacity of 500,000 units. Among them, the proportion of pure water machine is 70%, ultrafiltration machine is 30%.

Midea's water purification products cover household drinking water, water, and drinking water solutions in large venues, and mainly use reverse osmosis, nanofiltration, and ultrafiltration technologies. Zou Hua, Marketing Director of TCL Group's Water Purification Department, told the â€œElectricalâ€ reporter that TCL entered the water purification industry in 2013 and currently has an annual production capacity of about 50,000 sets. The products include water softeners and water purifiers. It is 90%. LG water purifier main imported. According to the person in charge of LG, the current technology used by LG is reverse osmosis and ultrafiltration, and the proportion of reverse osmosis products is about 60%.

3. Water heater companies: AO Smith should not be underestimated by the production and sales of pure water machines, with an annual production capacity of 300,000 to 400,000 units. Chen Qi, general manager of the water purification division of Aoou Smith (China) Water Heater Co., Ltd., told the â€œElectricalâ€ reporter that in 2013, sales of AO Smith water purifiers reached 140,000 units. In the first quarter of 2014, sales of AO Smith Pure Water Machine increased by 70% year-on-year. The annual sales volume in 2014 is expected to be between 210,000 and 220,000 units.

Emphasizing Advantageous Technology Under the circumstance of fierce competition in the water purification market, purification technology has always been the key point for companies to maintain their leading edge in market share. Water purifiers are the mainstream products in the industry. They can filter all harmful substances in water, but water purifiers also have a large amount of waste water. Therefore, improving the recovery rate of pure water for pure water, researching and developing the "one machine and two water" products that meet domestic water use, and improving the safety performance of water purifiers are the mainstream R&D directions for water purification enterprises.

Chen Qi is quite impressed with the development of water purification technology. In the treatment of pure water machine wastewater, the recovery rate of the model wastewater is 1:1, that is, the pure water rate reaches 50%. At present, AO Smith is developing the MAC 4.0 technology and the pure water recovery rate will reach 75%. To increase the recovery rate of pure water will shorten the service life of RO membranes, the AO Smith MAC3.0 water purifier has achieved the mass production of RO membranes with a service life of more than 3 years by accelerating the water flow rate.

The relevant person in charge of the United States was quite excited when he talked about the development of pure water machine technology. â€œIn 2014, Midea realized a large-throughput design for pure water machine without tanks, and will soon launch a series of new can-free products. The new product adopts a high-throughput RO membrane filter and a patented three-leaf membrane three-dimensional diversion technology to achieve instant and instant drinking, 1 :1 Ultra-low waste water discharge and long life of 36 months. In addition, the new product series is more concerned with the user experience, with intelligent monitoring faucet, the user can freely choose the quality of the water and the use of the filter.â€